So far we have discussed the simple case of each CPU core running only one thread. However, some high-end CPUs are able to run multiple threads per core. This is known as hyper-threading.

Here is a table that summarizes the key points:

It is important to note that hyper-threading does not help with the maximum throughput of the execution units. For example:

However, hyper-threading may help to keep the CPU busy. When we are fully utilizing the maximum performance of the CPU, each core has to have e.g. 8 vector additions in progress at the same time. If we do not have hyper-threading, it means that in each thread of execution, we must have lots of opportunities for instruction-level parallelism; at any point of time each CPU core has to be able to see at least 8 independent vector additions that are ready for execution in order to keep its pipelines busy.

With hyper-threading, each CPU core has access to two threads of execution and hence two instruction streams. Even if each thread has only fairly limited opportunities for parallelism, if the CPU can look at both of the threads at the same time, it can more easily find something that is ready to be scheduled for execution.

Here are examples of the performance of sequential and parallel std::sort implementations in the GNU C++ library (libstdc++); we are sorting 100 million 64-bit integers on a 4-core computer with hyper-threading:

Let us now look at the application that we developed and optimized in Chapter 2. Here are benchmarks of our solutions using Intel Xeon E3-1230v5, a 4-core processor that supports hyper-threading: 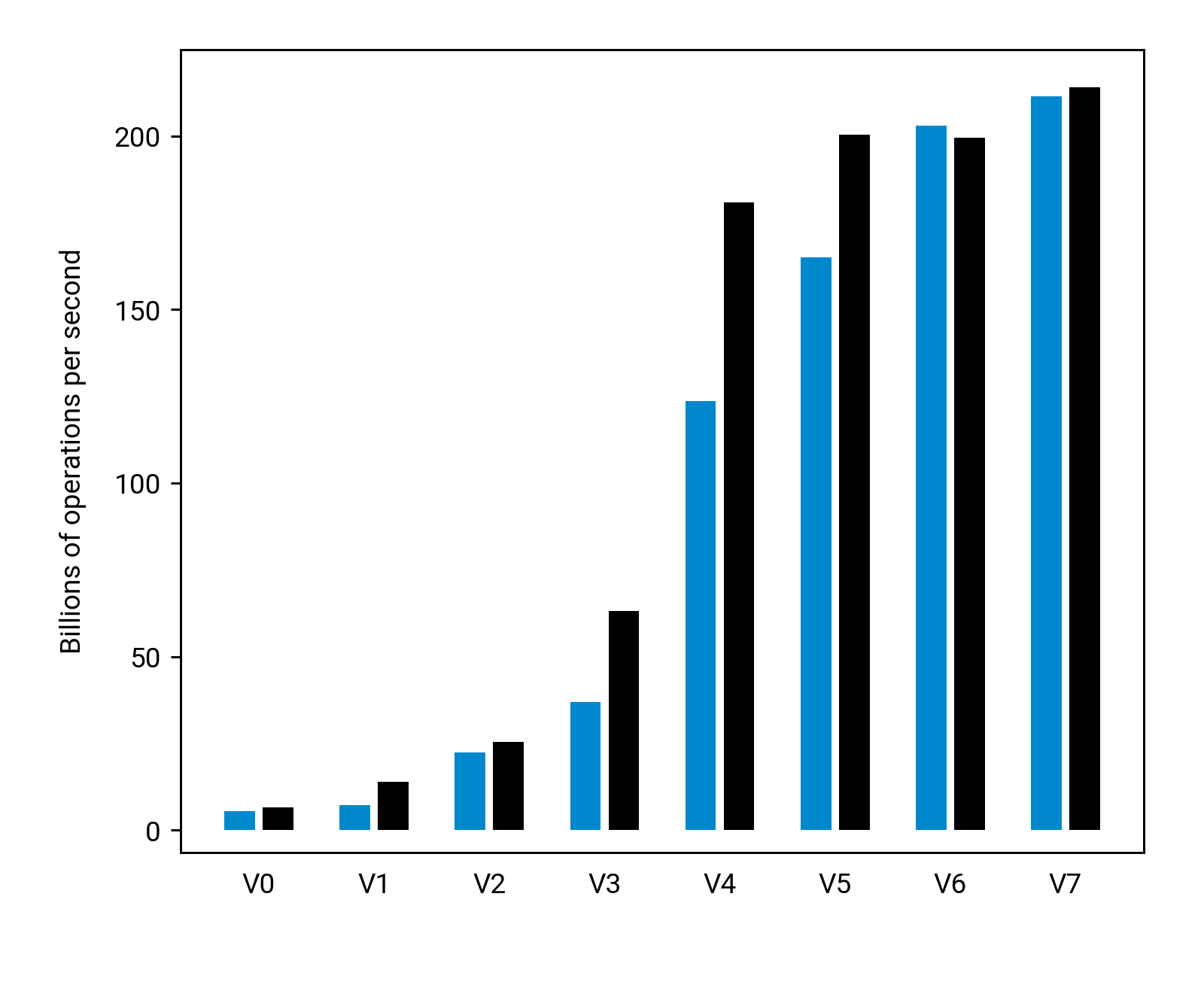 Some of the first versions that we developed indeed benefit from hyperthreading significantly. For example, in V1 we had a sequential dependency chain that prevented us from doing more than one “min” operation at a time in each core. Now we can almost double the throughput, as we have got two threads per core, each of which has always one “min” operation ready for execution.

However, for the fastest version, V7, the benefit that we get from hyper-threading is negligible — and this is to be expected, as we are already very close to the theoretical maximum performance of the arithmetic units of the CPU.